Here’s a good idea. A sort of culinary Air B’n’ B, eating local specialities in other peoples’ homes.

It’s a Krackow-based company. They couldn’t take my booking this week, but instead invited me to join them for a lunch of pierogi at their friend’s house in the country some thirty kilometres away. Pierogi are ravioli style thingies stuffed in this case with potato, cottage cheese and spices. Other fillings are equally common. I was the only true foreigner at lunch although several of the Polish guests had spent time in the UK, Australia or the U.S. The farm was idyllic, on an Alpine-like hillside lacking only edelweiss and cowbells. And cows to put them on. A lovely lunch was accompanied by a warm infusion of mint and rose petals. An experience I felt privileged to have had. It was a day of children, dogs, bicycles and our hosts strolling out of the meadows with armfuls of wild flowers. 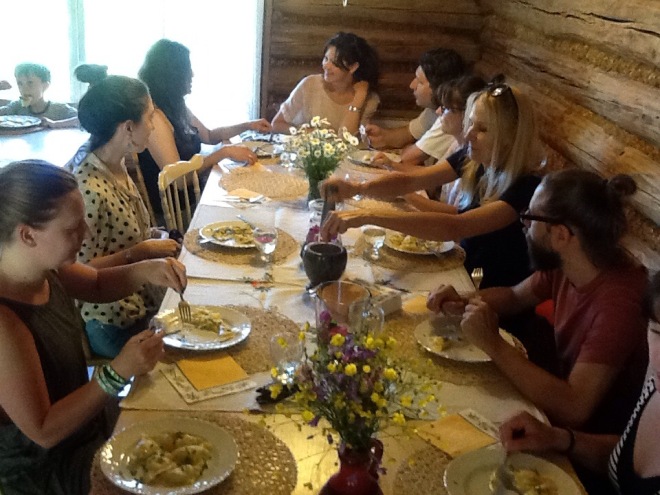 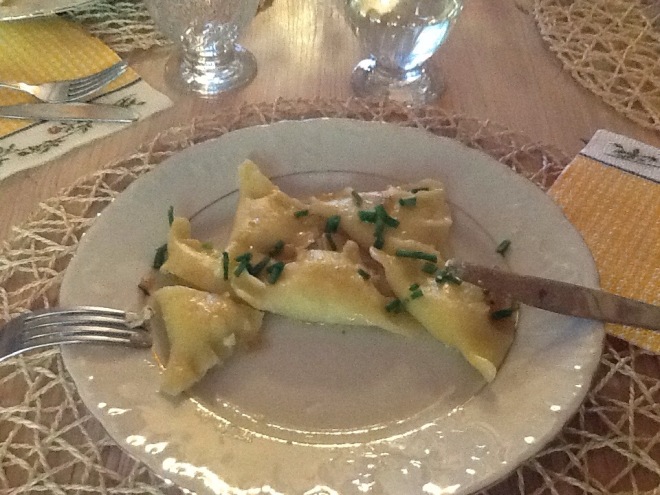 And look at this, the farm has more hives than a dermatology clinic.

The organic farm is on about 15 acres and has accommodation to rent. I loved it. I am particularly taken with the eat at home idea, something I have been practicing myself with monotonous regularity for years, but eating at somebody else’s home, especially if they can cook, is a much better idea. I hope the idea takes off and have vowed to come back and give it a proper go next time.

Then on, in the busy schedule I set myself, to the new ICE conference centre and music venue. Only open a year or so, and paid for with the help of EU funding (remember they do pay for lots of things when it comes to vote us in or out next year). 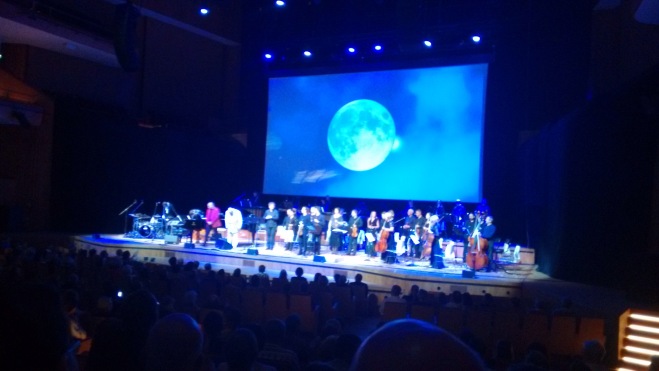 Tonight’s gig was by the American jazz trumpeter Randy Brecker, a Polish jazz trio and the Kraków Philharmonic no less. Very good it was too, a concert version of the album Night in Calisia, which is the oldest town in Poland. The title is a nod to the classic Night in Tunisia, written by Dizzie Gillespie and Charlie Parker.
Jazz has a distinguished history in Poland, where it thrived despite of or because it was driven underground during Soviet rule. The authorities regarded jazz as being subversive. Rightly, of course.
The ICE is a splendid venue, quite like Symphony Hall in Birmingham in design and acoustic, but curiously lacking in catering facilities. Fortunately an American university had hired the venue and was foolishly holding a wine and canapés reception on the way to the concert hall. They had learned the error of their ways and put a security guard at the entrance once I had hoovered up most of the canapés. I have never seen a better-dressed audience for a jazz concert by the way, with the audience considerably better dressed than the performers. Not a sandal or a roll neck in sight. I of course was dressed in what the Guardian referred to this week as “tosser fashion”, defined helpfully as ” a look that alerts others you are, indeed, most likely a tosser.” In my case white runners, blue jeans, blue and white grandad shirt. It was such a cool jazz venue that I completed the look at half time with the addition of a blue cardigan. Tosser indeed!

Random thoughts as I wander through life amusing myself, and occasionally other people. View all posts by derekjbrandon

One thought on “Fashion blog.”